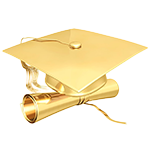 Studying abroad has never been this easy! 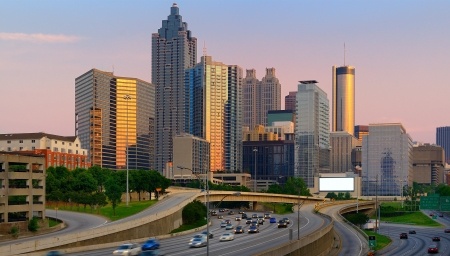 Georgia is one of the most exciting and stimulating countries in the world. Georgia is a sovereign state in the Caucasus region of Eurasia. Situated at the juncture of Eastern Europe and Western Asia, it is bounded to the west by the Black Sea, to the north by Russia, to the south by Turkey and Armenia, and to the east by Azerbaijan. Georgia covers a territory of 69,700 km² and its population is 4.385 million. It is currently a member of the United Nations, the Council of Europe, the World Trade Organization, the Organization of the Black Sea Economic Cooperation, the Organization for Security and Cooperation in Europe (OSCE), the Community of Democratic Choice, the GUAM Organization for Democracy and Economic Development, and the Asian Development Bank. The country aspires to join NATO and the European Union.

Georgia also has a distinctive mission that continues the tradition’s of its well established universities which has well equipped facilities that are eminent abroad to achieve their full potential education for personal development. Georgia is one of the most exciting and stimulating countries in the world. A mix of modern and traditional, Georgia has a history is a cultural and commercial country going back to thousands of years Georgia is our home nationalities and the worlds major languages are spoken here. Every religious, cultural, social and political group is represented and the diversity of its people is one of Georgia major strengths.

ADVANTAGES OF STUDYING IN GEORGIA

David Tvildiani Medical University is one of the few English medium accepted and accredited Medical Universities in Georgia. This University is also called AIETI Medical School. AIETI is included into the WHO AVICENNA Directory for medicine, it is a member of the Association for Medical Education in Europe (AMEE), Association of Medical Schools in Europe (AMSE) and Organization for PhD Education in Biomedicine and Health Sciences in the European System (ORPHEUS).

A large number of the graduates have already completed or are currently doing the residency or other proficiency courses, working as physicians in prominent USA and European Universities and Clinics. The absolute majority of the graduates have been employed in the professional field, while many more successfully passed the international exams (USMLE, PLAB, MCI) and are currently developing their skills at clinics and research centers of the USA, Germany, Britain, Sweden and other countries.

American University for Humanities is of the leading institutions in The Republic of Georgia. Georgia (Country) was one of the Soviet Union countries in the past. The institution is based in both Georgia (Country) and United States of America which enable them to give a United States of America Degree. Studying at the American University for Humanities means that you will graduate with both a Georgian degree and an American degree (Double Advantage). This is one offer that you must never miss.​

Accommodation: FLAT IS ABOUT $400 per month. 4 students can share a flat.

GOLDENCHIPS EDUCATIONAL SERVICES INTERNATIONAL HAVE SUCCESSFULLY TAKEN OVER HUNDREDS STUDENTS TO STUDY IN GEORGIA IN THE PAST. WE ARE IN FULL PARTNERSHIP WITH THESE INSTITUTIONS. WE HAVE REGISTERED WITH THE GEORGIAN GOVERNMENT AND ARE ELIGIBLE TO BRING IN STUDENTS FOR STUDIES. WE UNDERSTAND THE PROCESSES FROM START TO FINISH. Call our office today for more information: 08033945001 or 08183971045.

Finally please note that there are no jobs for foreigners in Georgia and even the entire Eastern Europe. Goldenchips Educational Services International are in full partnership with Georgian-African Education Alliance so we are speaking out of experience and what we know. Many other agents might not tell you this truth.

PrevPreviousStudy In Belarus
NextStudy In GermanyNext